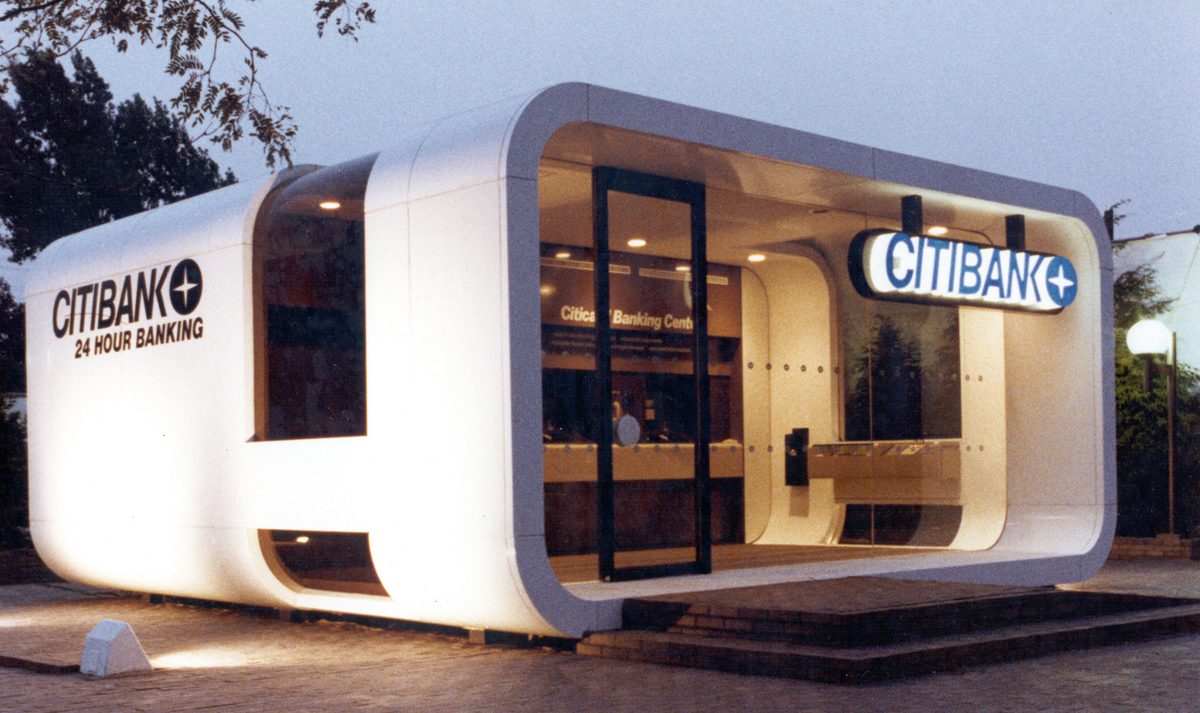 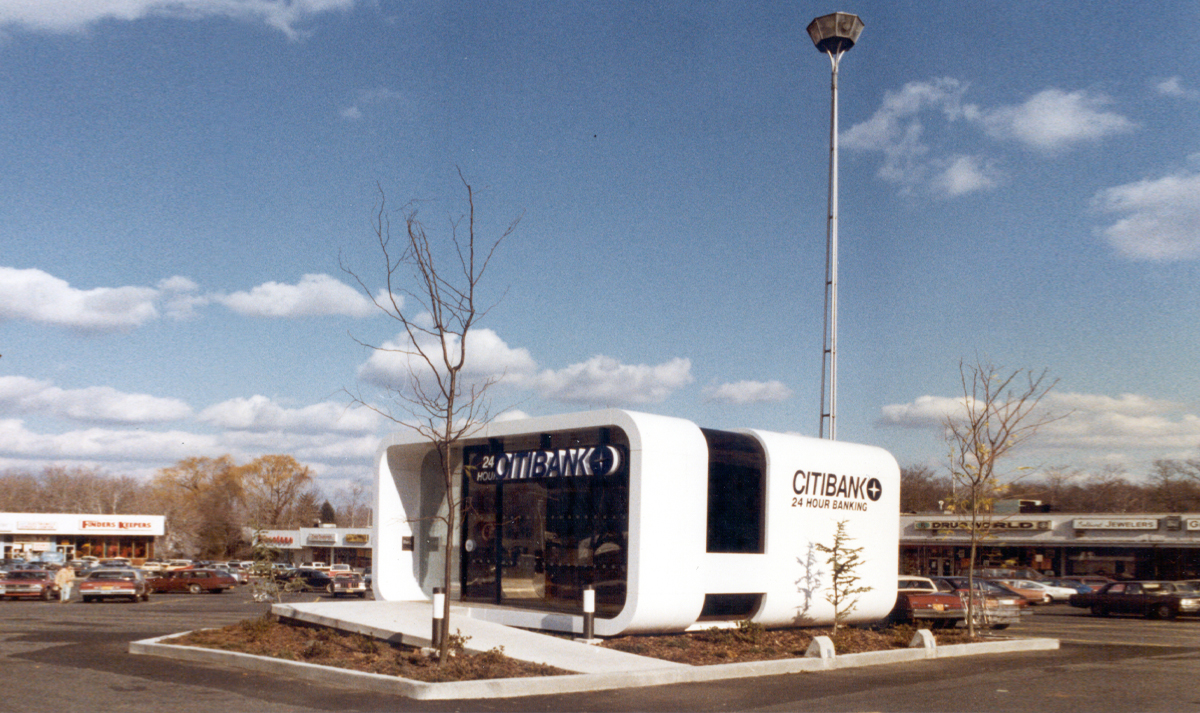 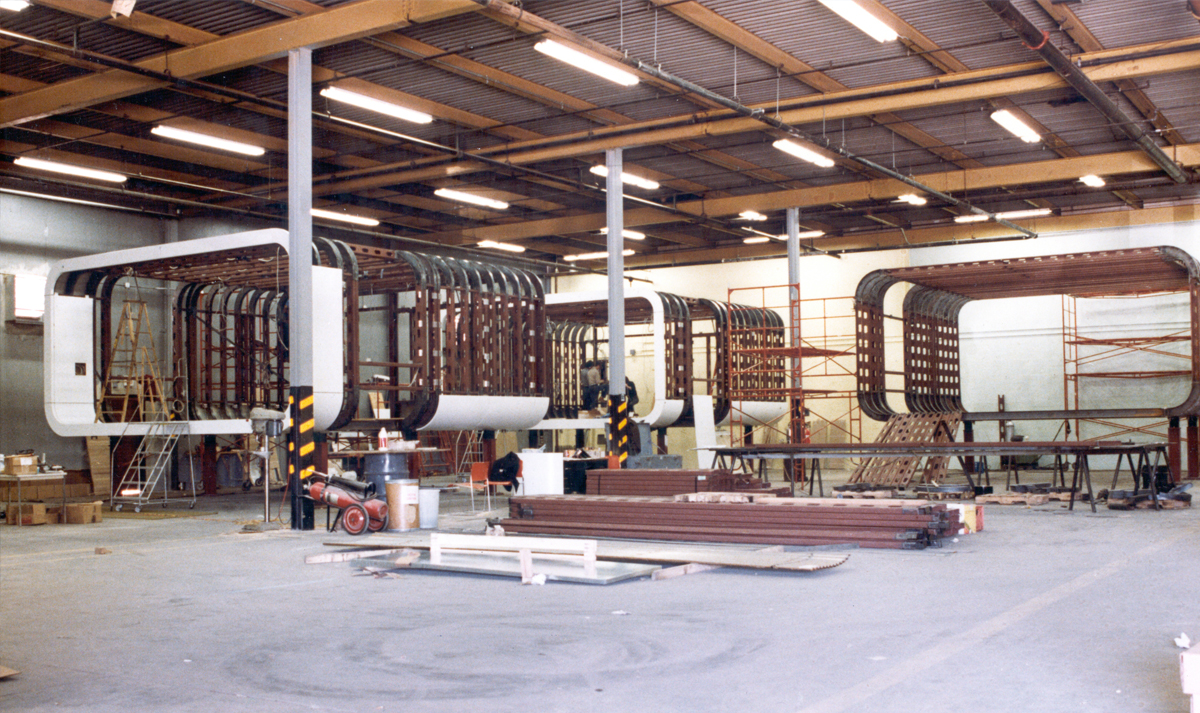 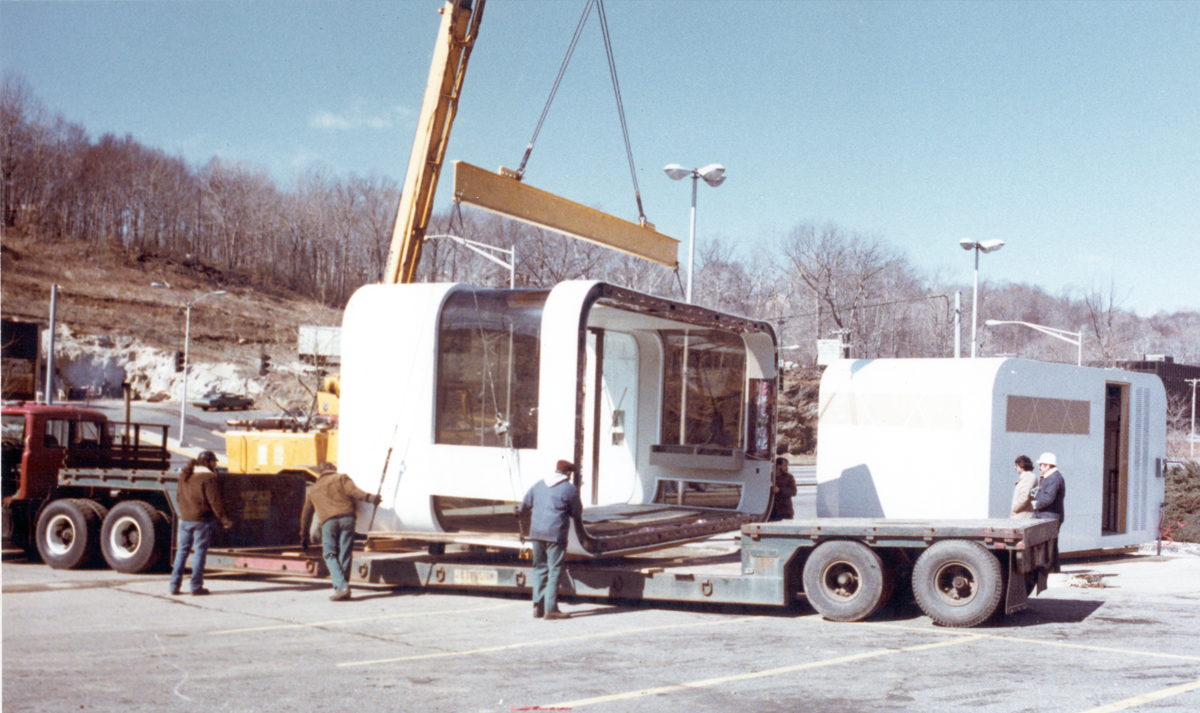 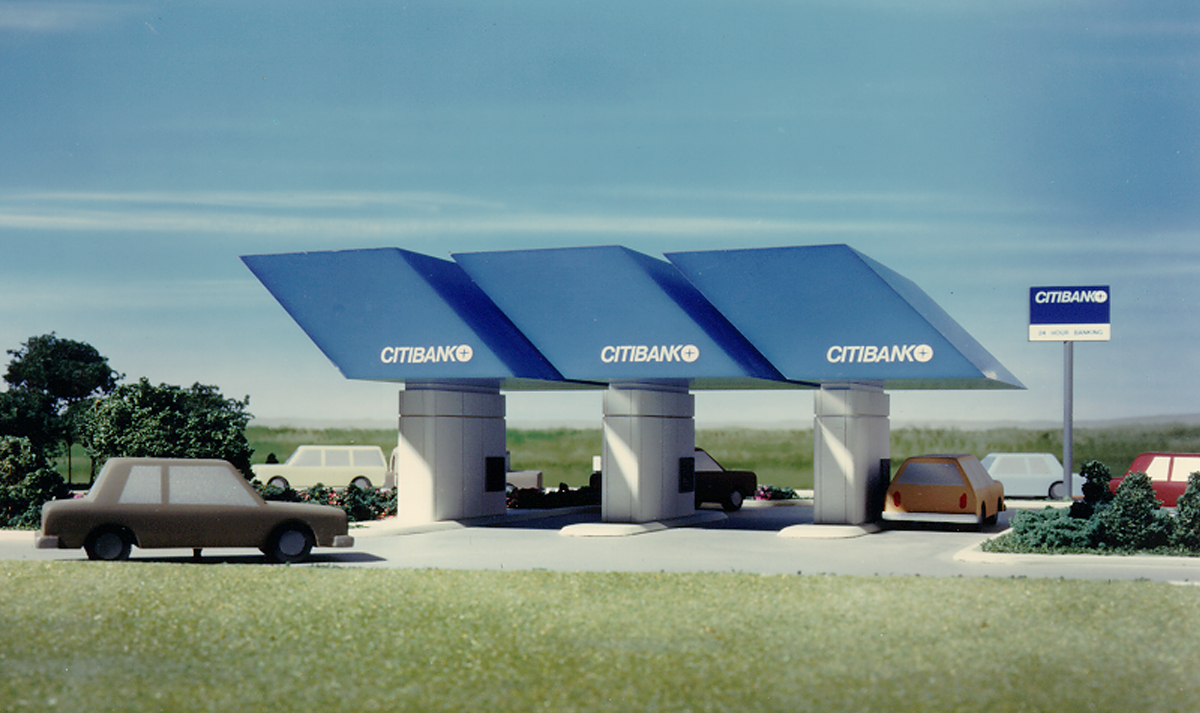 Among the over 250 projects we completed for Citibank and its subsidiaries was the development of an award-winning kiosk for automated banking. Citibank wanted a facility that could be assembled on the site in no more than four weeks to house two A.T.M.’s and a customer service counter. We developed a design that could be factory-produced and erected on the site in four hours after completion of foundation and site work, which took only one week. We then helped Citibank set up a factory to produce the units to control both time and cost and assure quality. The facility was the recipient of design awards from the American Institute of Architects and the American Steel Institute. We then establishing a corporate image program for Citibank based upon the design of the kiosks, and designed over one hundred new branches and renovations to existing branches.